The government of Malawi has defended a controversial deal it struck with South Korea to export up to 100,000 of its young people as migrant workers.

Opposition MPs in Malawi have called the deal “slave labour”.

But the labour minister, struggling to create new job employment opportunities in her own country, has denied that.

Eunice Makangala told the BBC she “just” wanted “to help the young people in Malawi” who are due to leave for Seoul to work.

It is not modern-day slavery”

The BBC’s Raphael Tenthani in Blantyre says Malawian President Joyce Banda made an agreement with the government of South Korea on a visit there in February this year.

It involves sending young Malawian men and women aged between 18 and 25 to jobs in factories and on farms on the Korean peninsula, he says.

Accurate unemployment figures in Malawi are hard to compute because of the lack of a national identification system to track those out of a job.

But recent research suggests that 80% of secondary school graduates in Malawi return to their villages every year because they can neither find jobs nor employ themselves.

Nevertheless, opposition MPs in the capital, Lilongwe, are furious about the plan to export labour. 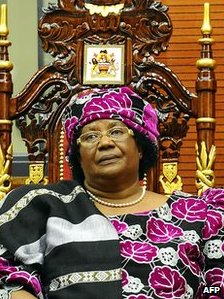 “We always cry about brain-drain and encourage Malawians in the diaspora to come back home and yet here we are exporting the cream of our labour force abroad. It doesn’t make sense at all,” Stevyn Kamwendo, for the DPP, told parliament on Tuesday.

Ms Makangala told the BBC she and her government were acting “in good faith”.

“It is not modern-day slavery”, she said.

“There are people who are working here who are from Egypt, from Nigeria, India and England.

“Do you want to tell me that those people are slaves? And the unemployment rate for the youth here is very high.”

But Henry Kachaje, who is an entrepreneurial consultant in Malawi, said the labour export deal could have been better negotiated.

“It would have been more attractive”, he said.

“If the government had actually attracted more foreign direct investors here… so that the young people were able to contribute to the social development of this country”.