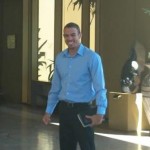 Attending a multi-national conference on nation building in Zimbabwe, September, 2011.

Caleb Heimlich was born and raised in Puyallup, Washington. He graduated from Hillsdale College with a Bachelors degree in Political Economy. After graduation Caleb was accepted into the Koch Associates Program where he worked as a Policy Analyst at the Americans for Prosperity Foundation in Washington D.C.

In 2008, he moved back to Puyallup to be closer to his family and to run for State Representative. He lost overwhelmingly, but learned some important lessons during the process. He served as a speaking surrogate for Presidential candidate John McCain and debated on his behalf. He has served as the Deputy Director at Americans for Prosperity’s Washington State Chapter and currently works as the Political Director of the Washington State Republican Party. In addition to his work on the political stage, Caleb has traveled to Zimbabwe and South Africa with the Poyeho Project and was involved in an effort to encourage and train future political leaders in these nations. He firmly believes in the mission of Poyeho and that this organization can be a catalyst for prosperity for the indigenous peoples of southern Africa. He also serves as a youth basketball and football coach through the YMCA. He recently married the love of his life, Mackenzie Lee Heimlich. 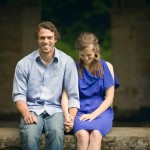 With his new wife Mackenzie in Puyallup. 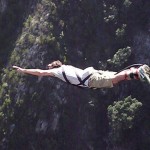 Jumping off the world’s highest bungee jump in the Eastern Cape Province of South Africa.