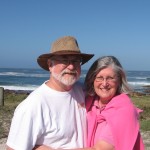 Dave is a father of three children, David, Amanda, and Daniel. He and his wife, Dayle, have been married for over forty years. Together they home schooled their children through high school and all three have become successful in their fields of business. Dave and Dayle also have seven wonderful grandchildren.

Dave has spent over thirty years in the manufacturing industry, working in both large corporations and small businesses. Much of his career was in different levels of management. His last responsibility was in the position of General Manager of a medium size facility (120 employees) manufacturing parts directly to the aerospace industry. He has witnessed both success and failure of companies and has gleaned knowledge and wisdom relative to success. He currently owns a business consulting firm in Washington State, Waymaker Consultants NW.

Dave & Dayle spent 5 years training and leading young adults in the area of character development through a program called Master’s Commission. Always having a heart for young people and the next generation, he has continuously given his energy and time to see them succeed. In November of 2005, during a visit to the Republic of South Africa, he was moved by the needs of the indigenous people living in the midst of an opportunistic business environment. His heart is to train the new generation of Africans to recognize their abilities and to see the opportunities to improve their lives and their nations. It is with this goal that he founded Poyeho Project. 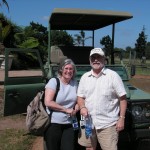 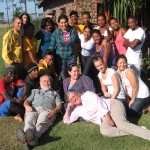 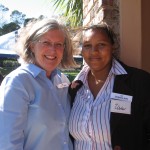